The HEAT Report is a weekly newsletter focusing on how members of the House Energy Action Team (HEAT) promote American energy security, and an all-of-the-above energy economy.

This past week, President Biden flew over 5,000 miles on Air Force One to Saudi Arabia to beg them to produce more oil instead of turning to America’s producers to ramp up domestic energy production.

Apparently, President Biden is okay with foreign countries producing energy at higher carbon emission rates. The best place to make and produce oil is in America. President Biden doesn’t have to wonder what the answer will be if he asks any of our energy-producing states to open up the spigots. Their answer will be yes because they know how to produce good, clean American energy — cleaner than anywhere else in the world.

Meanwhile, hardworking families across the country are paying dearly for President Biden’s self-created energy crisis. In June, the Consumer Price Index hit 9.1 percent — it’s highest level in nearly 41 years. Gas prices are more than double than when President Biden took office. That is a kick in the gut to low and middle-income families who are feeling the pain at the pump.

There’s a cost to President Biden shutting down production in America, and we’re seeing it impact hardworking Americans being forced to choose between filling their tanks or feeding their families. He should immediately reverse his anti-American energy agenda, stop begging Saudi Arabia for more oil, and embrace American energy production to ease the burden he’s inflicted upon American families.

In a statement, House Republican Whip Steve Scalise (R-La.) slammed the Biden Administration for releasing an overdue five-year offshore oil and natural gas leasing plan with an option for no offshore lease sales nationwide. This radical plan comes at a time when Louisiana families are facing record-high gas prices and runaway inflation that is hurting the economy. 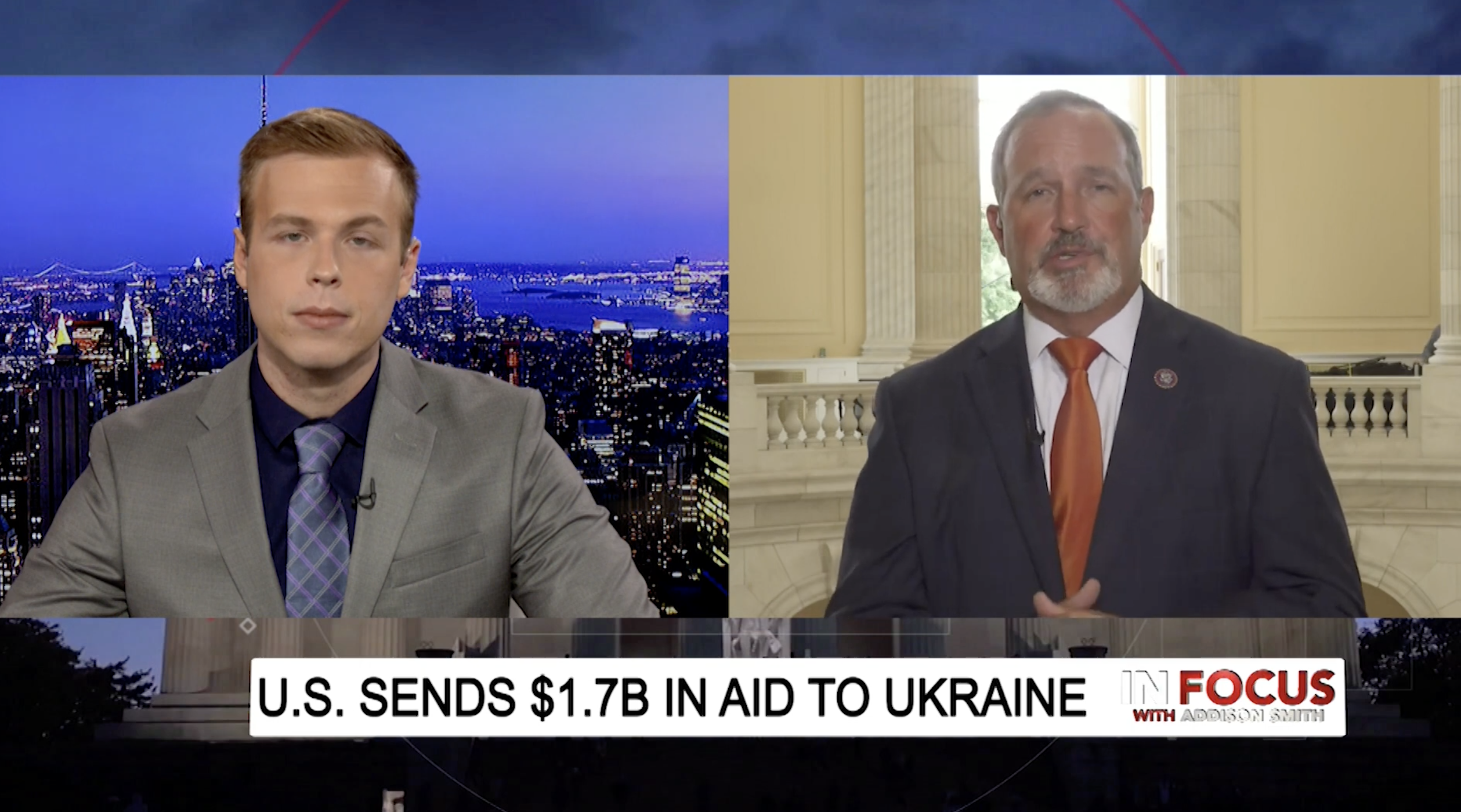 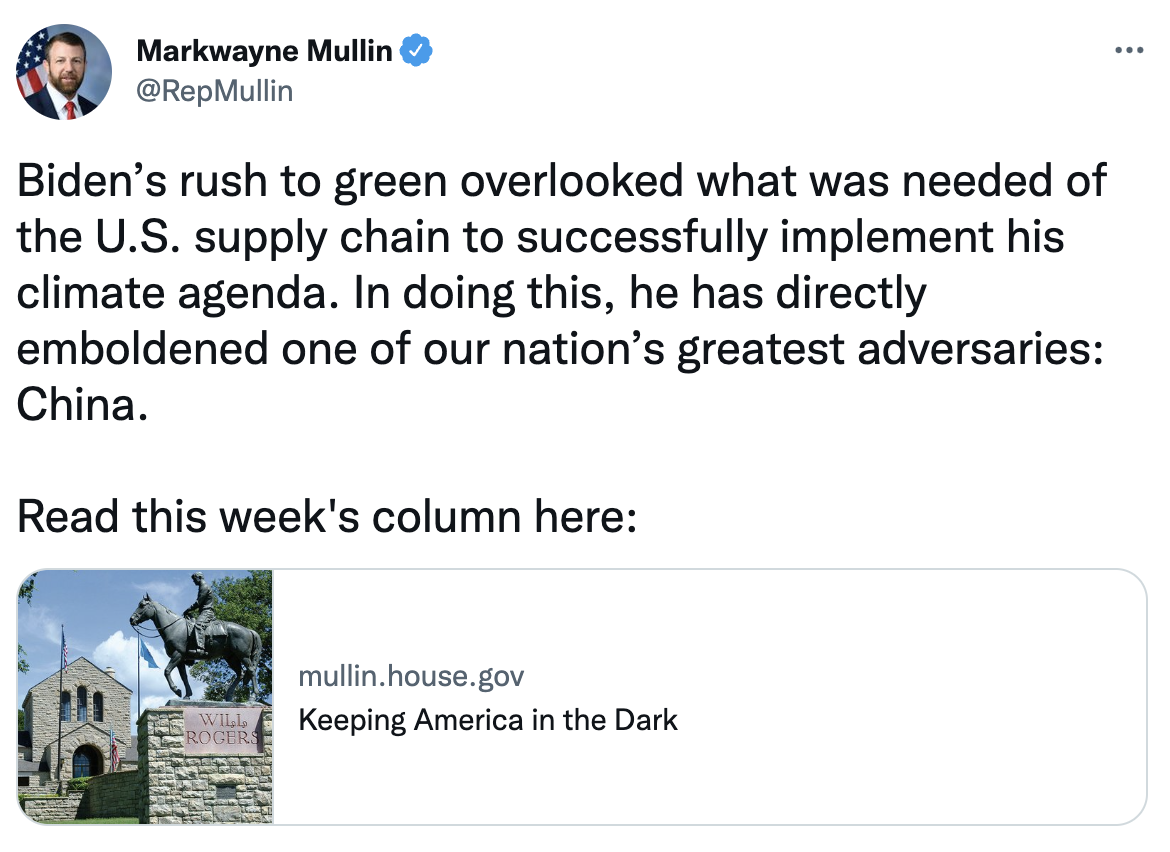 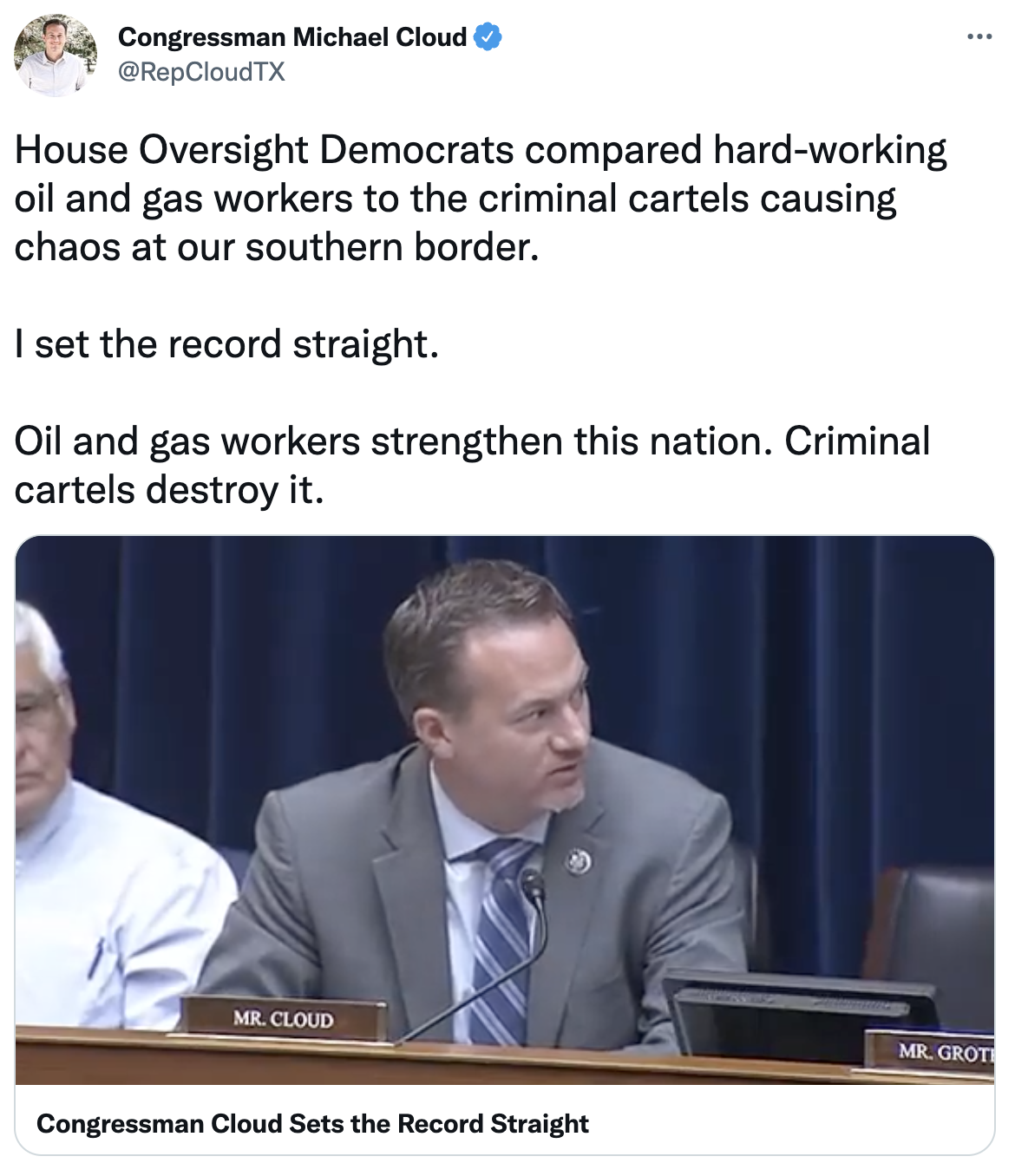 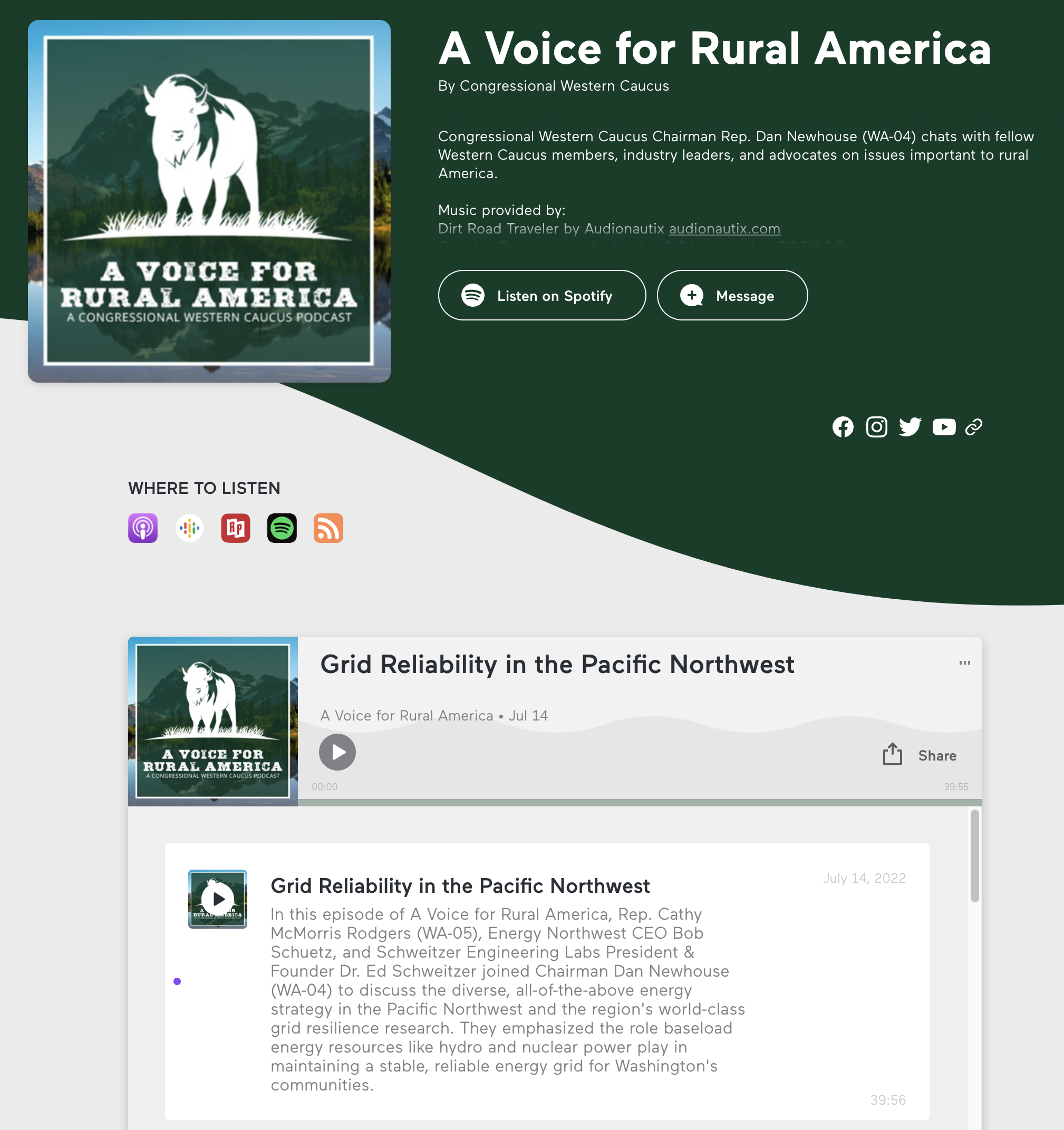 At a Natural Resources Committee markup, Representative Pete Stauber (R-Minn.) fought against a bill that would permanently ban mining in the Superior National Forest in his northern Minnesota district, which would increase American dependence on foreign sources for critical minerals. 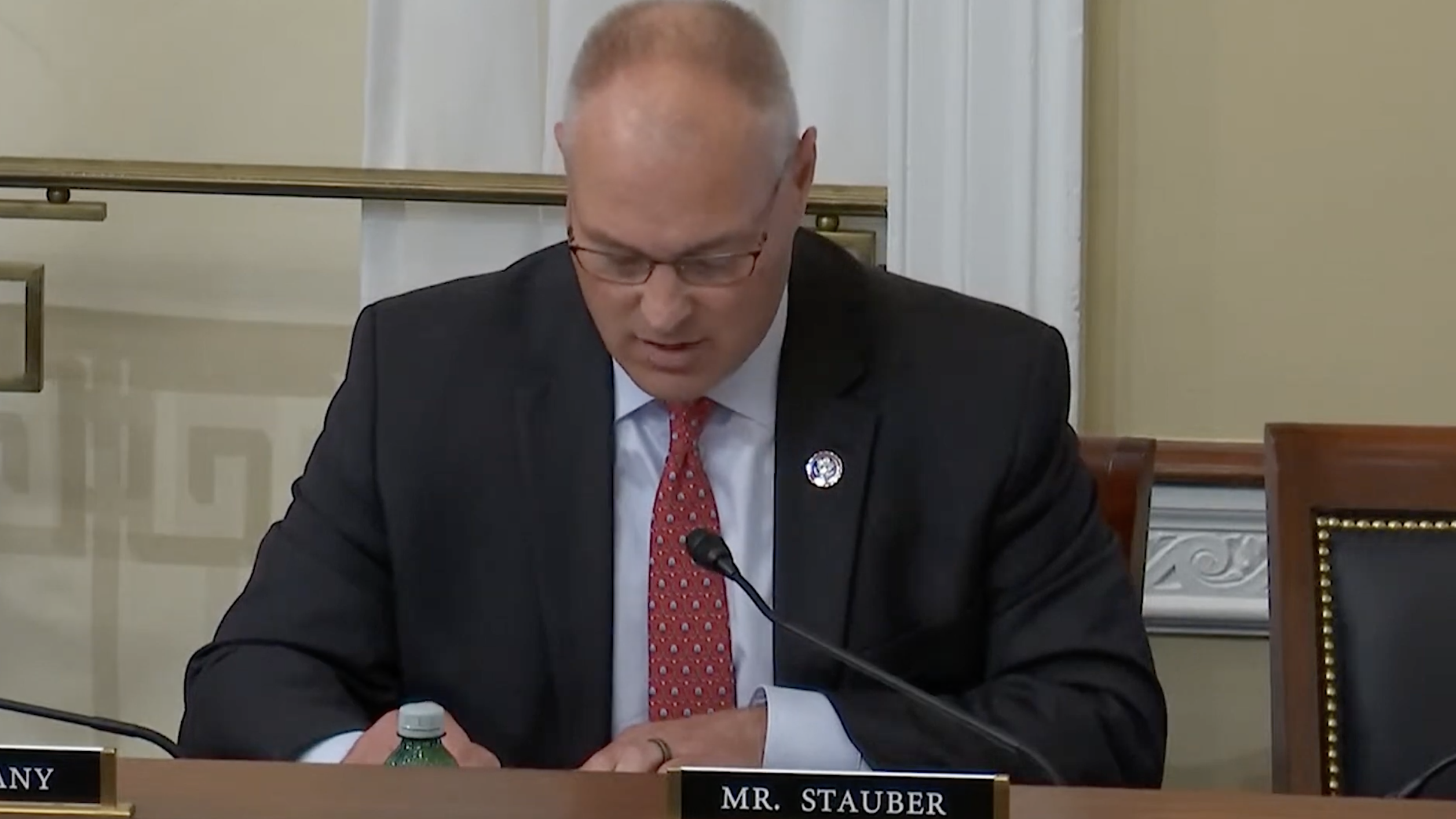 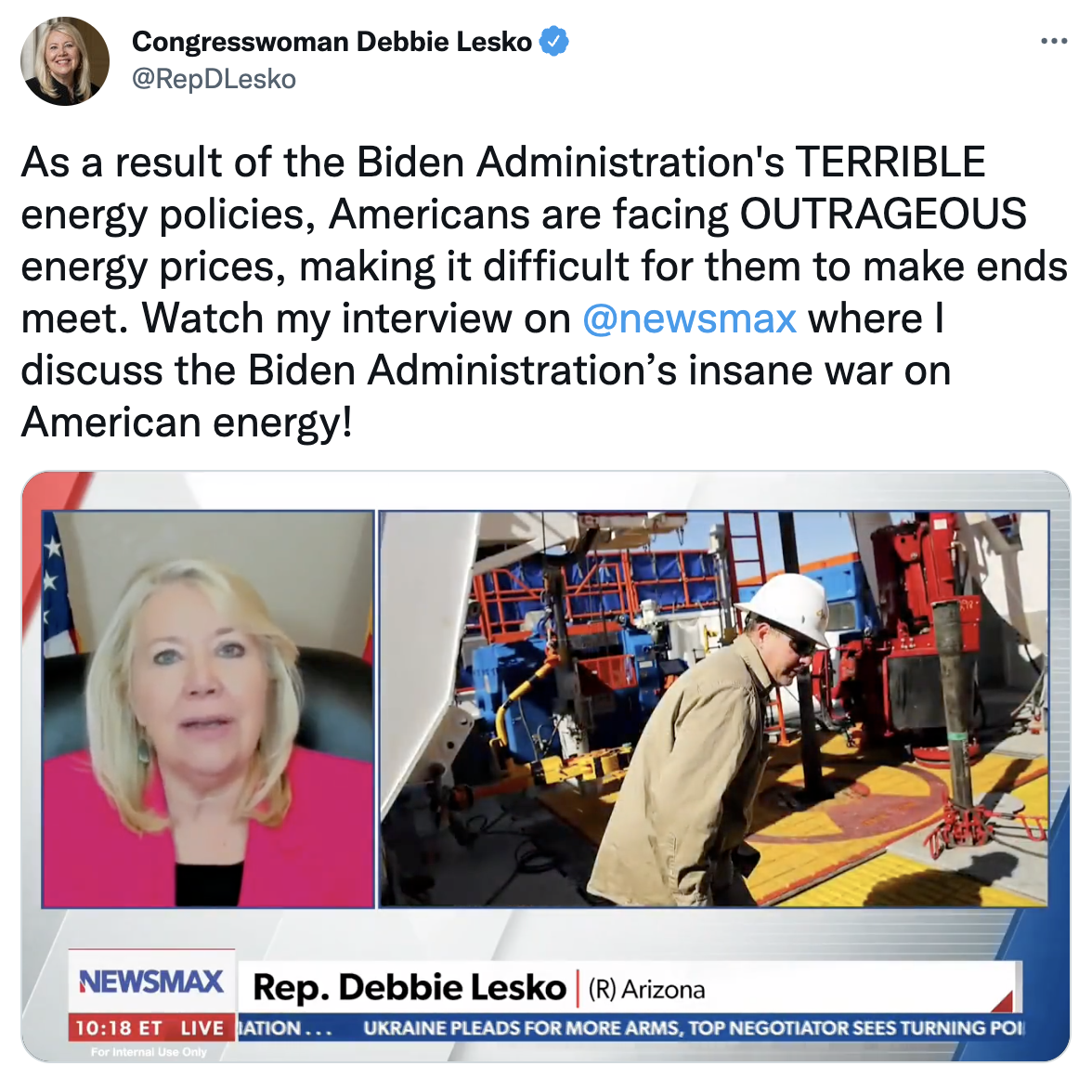 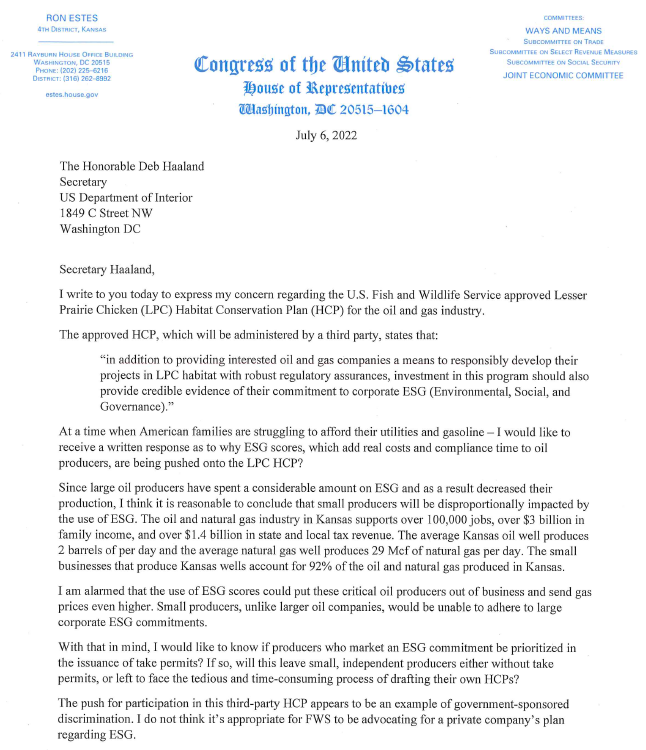 Representative Gus Bilirakis (R-Fla.) published an op-ed in the Washington Examinerdemanding to know why President Biden is selling America’s emergency oil reserves to foreign adversaries while ignoring domestic pain at the pump. 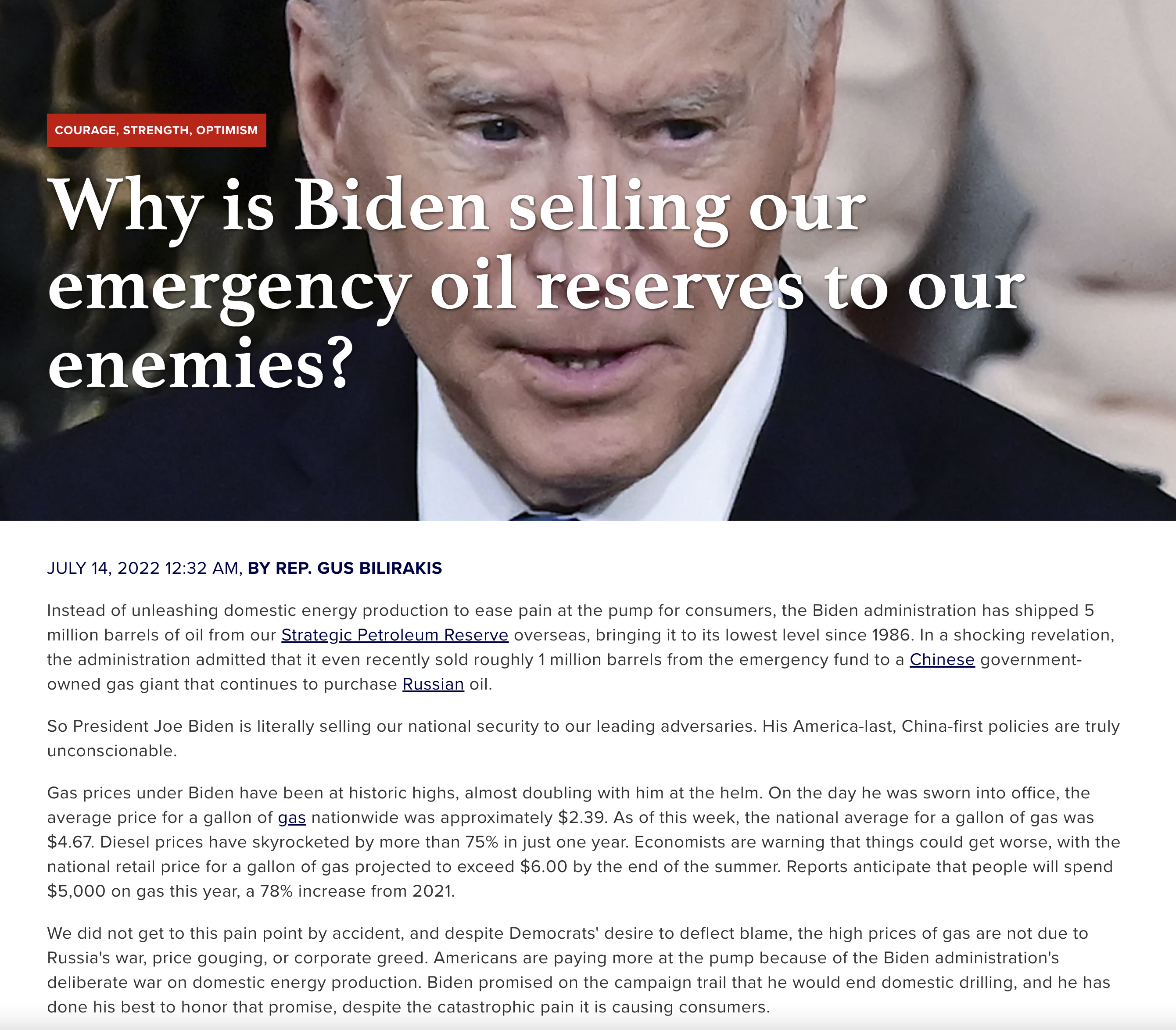 In a speech on the House Floor, Representative John Joyce (R-Pa.) criticized the Biden Administration’s anti-American energy policies which are forcing American families to make difficult choices about what they can and cannot afford. 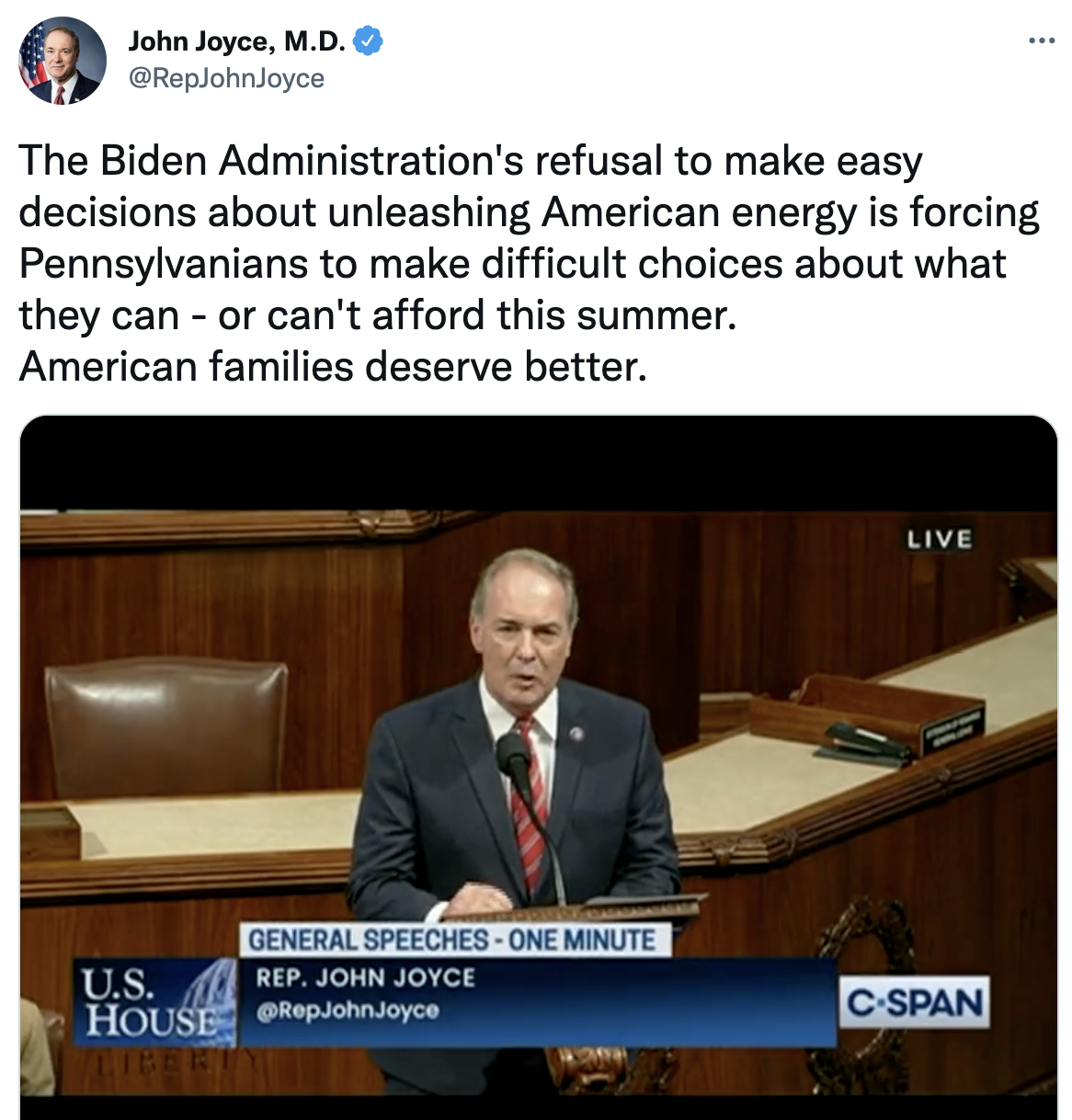 The Response on Social Media: 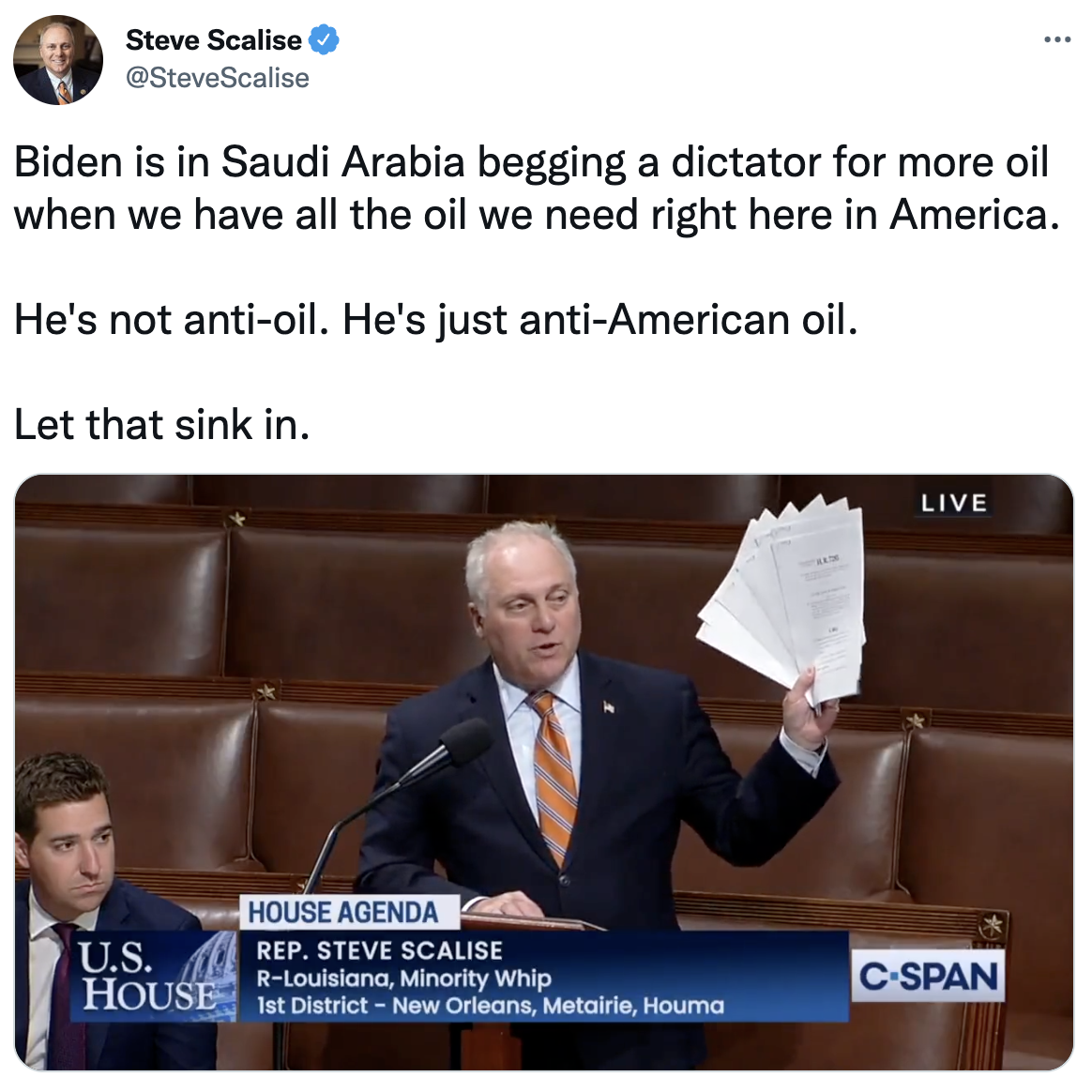 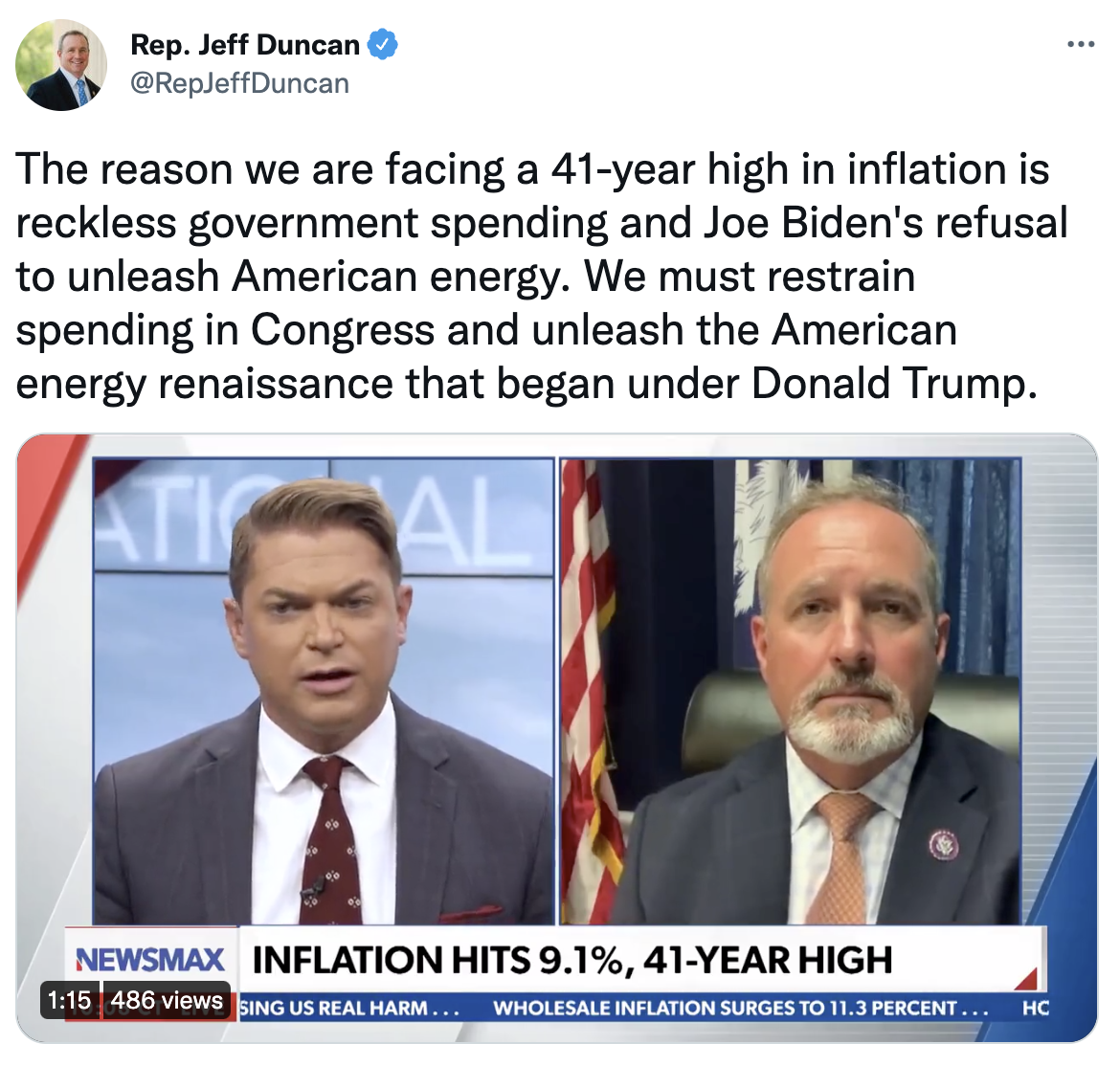 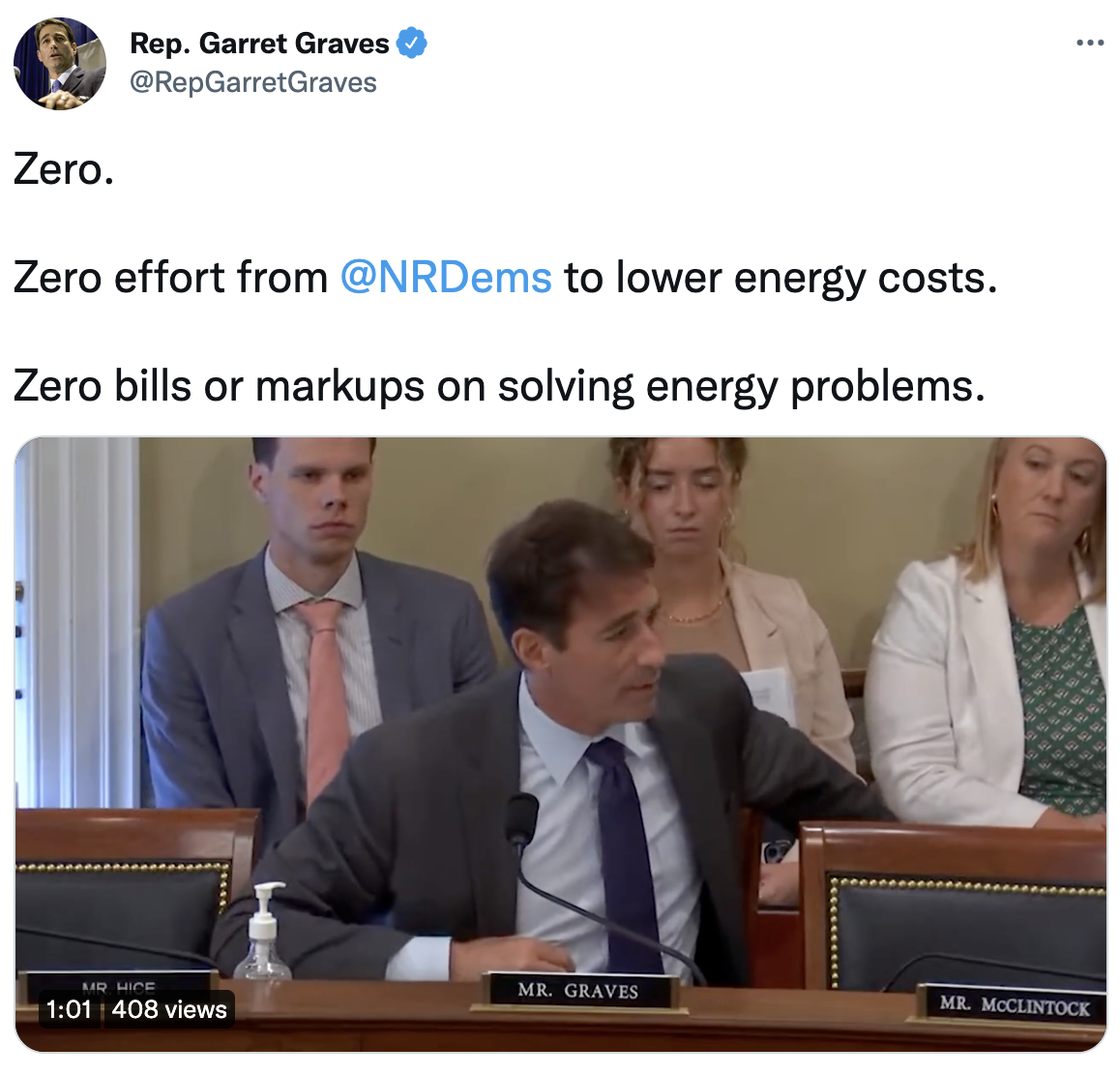 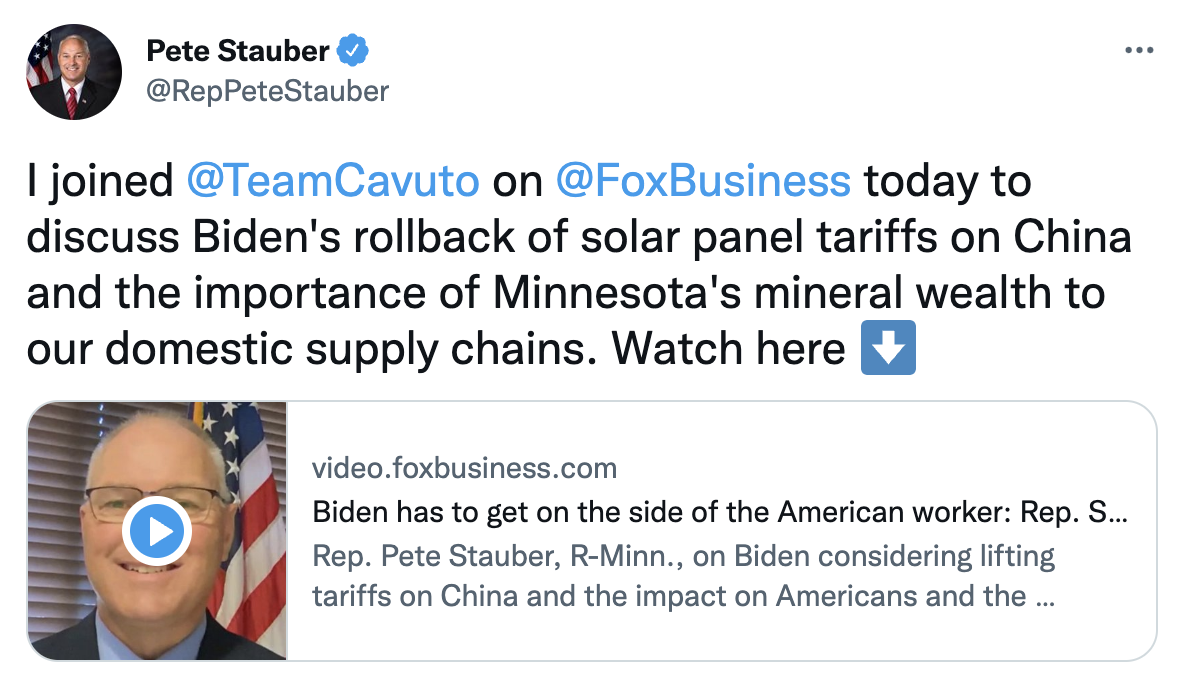 Representative Gus Bilirakis (R-Fla.) called out President Biden for caring more about catering to fringe extremists within his party than providing relief at the pump for Americans who are hurting. 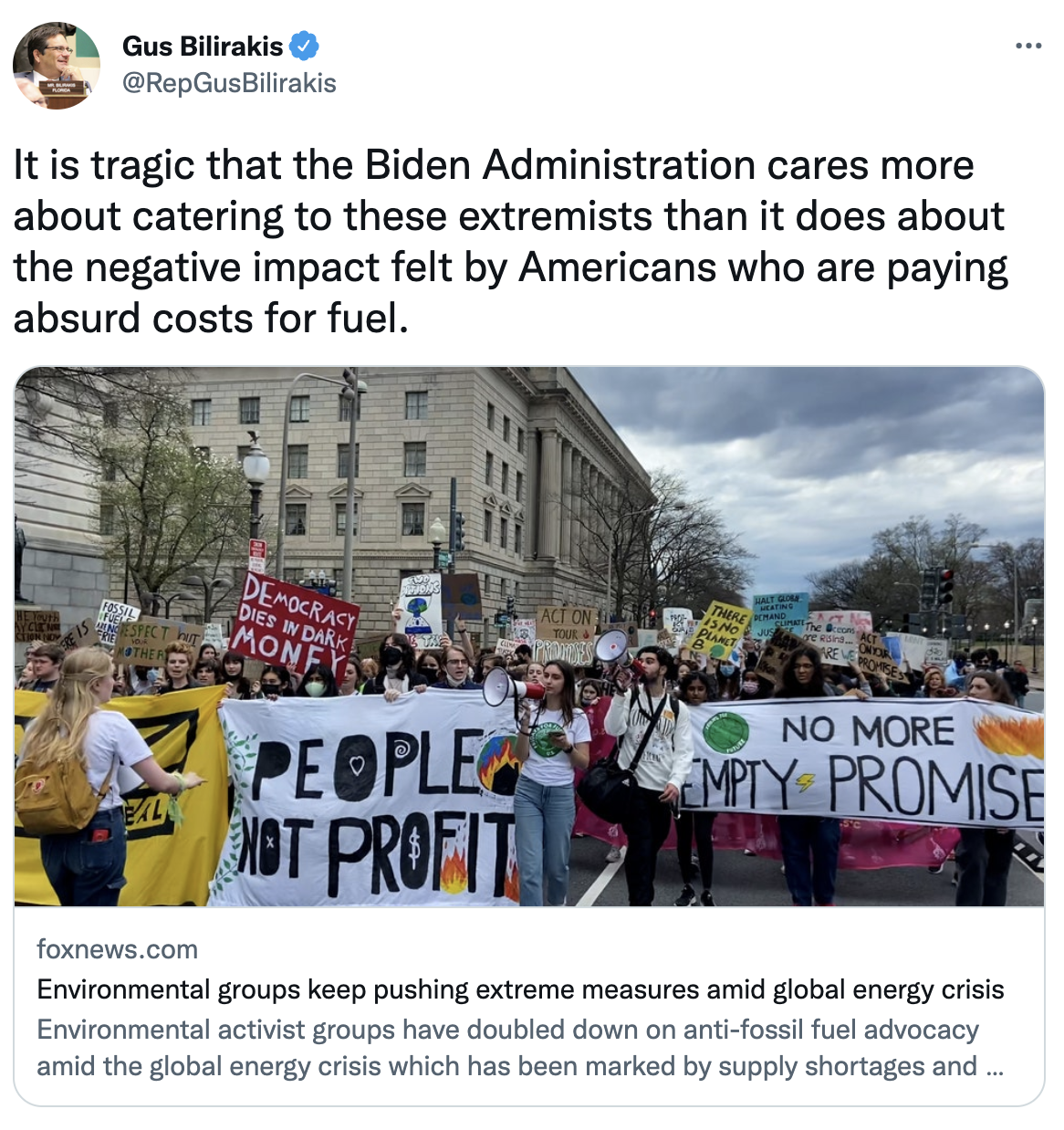 Representative Debbie Lesko (R-Ariz.) laid out an effective strategy for the Biden Administration to follow to bring down energy costs for hardworking families. Rep. Lesko also pointed out that under President Biden, Americans are spending over $2,000 extra a year on gas. 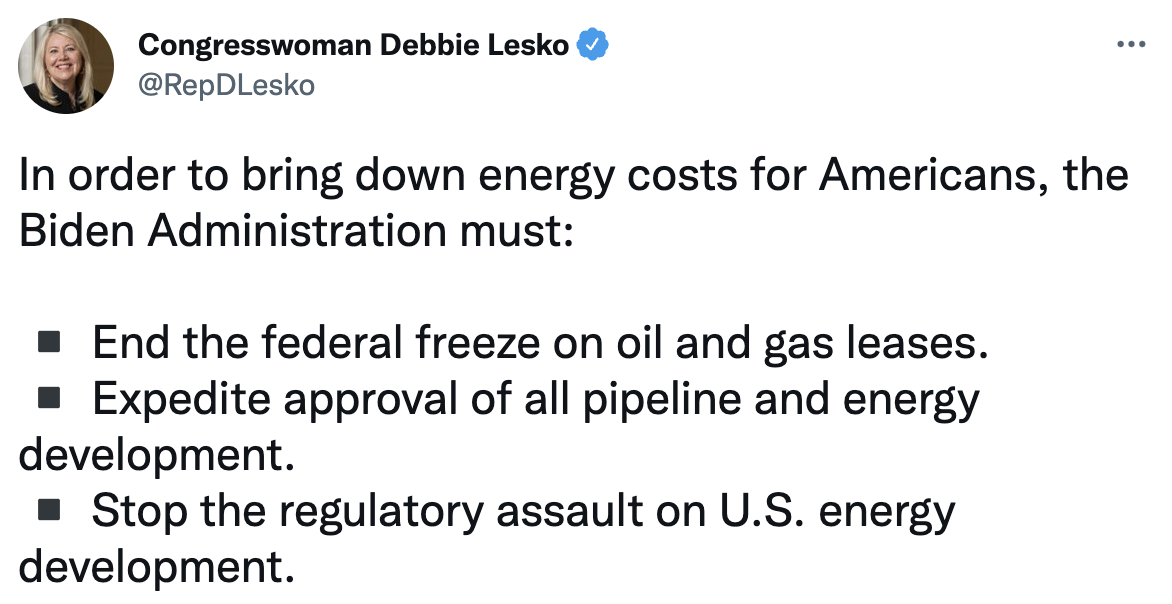 Representative French Hill (R-Ark.) noted that Americans are paying nearly double for energy costs than they were a year ago and urged the Biden Administration to unleash American energy production.

Previous articleExplained: What’s behind the record-breaking heatwave in Europe?
Next articleMeriden travel agency shares tips for travel to Latino countries

Greg Norman had quite a response for Rory McIlroy and the PGA Tour, accusing them of behaving...
Middle East

With the bye officially locked in, the Yankees know they will face the winner of the wild-card...
LNLatiif NewsKnow your world