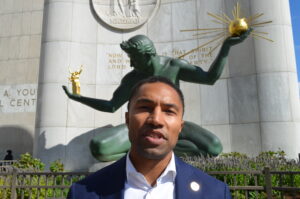 The vote-tallying process has been delayed by a modem issue that has slowed down data collection efforts in the Wayne County clerk’s office.

The newly drawn district is heavily Democratic, meaning the winner of the Democratic primary is the favorite to win the November general election. It includes a portion of Detroit, as well as other Wayne County communities such as Highland Park, Hamtramck, Harper Woods, the Grosse Pointes, Allen Park, River Rouge, Melvindale and Taylor.

Thanedar, a millionaire businessman, is an Indian immigrant who unsuccessfully ran for governor in 2018, spending $10 million of his own money. He narrowly won Detroit but lost to now-Gov. Gretchen Whitmer statewide in the Democratic Primary election. He was elected to the Michigan House of Representatives in 2020.

He self-funded his congressional campaign with more than $8.1 million and bought a huge amount of television and issued several mailers with policy themes.

Some political observers suggested that the Black candidates would split the vote, thus making it easier for Thanedar to win. Detroit is the largest majority-Black city in the nation and has had at least one Black congressional member represent its residents since 1955.

“I haven’t had a single person talk about race,” Thanedar told the Advance on Monday.

During the last several weeks of the campaign, he attacked Hollier for being the only Senate Democrat to support the Canadian company Enbridge’s Line 5 pipeline and taking contributions from United Democracy Project, a super PAC tied to American Israel Public Affairs Committee (AIPAC), the pro-Israel lobby group. 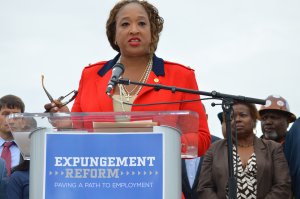 Roberson secured the endorsement of the powerful EMILY’s List, which supports abortion-rights women candidates, as well as U.S. Rep. Brenda Lawrence (D-Southfield), the only Black member of Michigan’s congressional delegation. Lawrence announced in January she is retiring at the end of her current term.

Gay-Dagnogo, a Detroit Board of Education member, carried out a high-profile campaign, as did Griffie.

The Democratic nominee will face Republican Martell Bivings in the Nov. 8 general election.

GET THE MORNING HEADLINES DELIVERED TO YOUR INBOX

Greg Norman had quite a response for Rory McIlroy and the PGA Tour, accusing them of behaving...
LNLatiif NewsKnow your world