Mohammed bin Salman: From pariah to preferred partner? | Middle East | News and analysis of events in the Arab world | DW


The current schedule of Saudi Crown Prince Mohammed bin Salman is as full with top-level meetings as that of any other world leader.

Earlier this week, the 36-year-old met with Egypt’s President Abdel Fattah el-Sissi in Cairo and with Jordan’s King Abdullah II in Amman. This Wednesday, he will travel to Ankara to meet with Turkish President Recep Tayyip Erdogan, and next month, US President Joe Biden is expected in Riyadh.

However, while these meetings exemplify the oil-rich country’s importance on the one hand, they also symbolize the change of Mohammed bin Salman’s political mindset, five years after he became the kingdom’s crown prince on June 21, 2017.

“During his first years, Mohammed bin Salman relied heavily on escalation and provocation, but he has been adjusting his foreign policy strategy in the more recent years,” Sebastian Sons, an expert with the Center for Applied Research in Partnership with the Orient, a Germany-based think tank, told DW.

However, after the killing and dismemberment of the US-Saudi critic Jamal Khashoggi in the Saudi consulate in Istanbul in October 2018, the international perception of the controversial crown prince changed for the worse.

In particular, it was the Turkish president who vowed to bring justice in the Khashoggi case.

“Turkey’s Erdogan was responsible for the deterioration of Mohammed bin Salman’s image in the wider Arab Islamic world after the Khashoggi murder,” said Cinzia Bianco, a visiting fellow at the European Council on Foreign Relations.

But the current rapprochement between Turkey and the fellow Sunni Muslim powerhouse marks a major change in Erdogan’s foreign policy.

The reconciliation started earlier this year when Ankara reduced its criticism on Saudi Arabia’s stance on human rights, as well as on the Khashoggi murder.

The next step of reconciliation took place this April, when Turkey moved the trial against 26 Saudi suspects in connection to the Khashoggi case from the Istanbul High Criminal Court to Riyadh.

And then, later that month, Erdogan traveled to Saudi Arabia and met with the crown prince in person.

“Turkey has acquiesced to Saudi Arabia’s demands and we will probably see a big reception of Mohammed bin Salman in Turkey which equals a symbolic acceptance of MBS’ leadership over the entire Arab Islamic world,” said Bianco, using the crown prince’s commonly known initials.

According to Turkish media, Erdogan is expecting to sign a series of bilateral agreements in areas such as investment and energy.

However, at a closer look, the drivers of the Turkish change are as political as they are economic.

Meanwhile, the previously strong Turkish economy is in free fall and Turkey’s presidential election is coming up next summer.

All this as Saudi oil is in high demand in the country, as a consequence of the war in Ukraine.

“Primarily what drives the Turkish ‘shift’ is not that different than what drives Biden’s visit to MBS,” said Kemal Kirisci, senior fellow at Washington think tank the Brookings Institution.

However, the crown prince’s return into the Turkish fold could be easier than with the United States.

In contrast to the US, Erdogan had never directly accused Mohammed bin Salman, but said the killing had been ordered by “the highest levels of the Saudi government.”

Biden, however, vowed as presidential candidate in 2019 to make Saudi Arabia “the pariah that they are.” 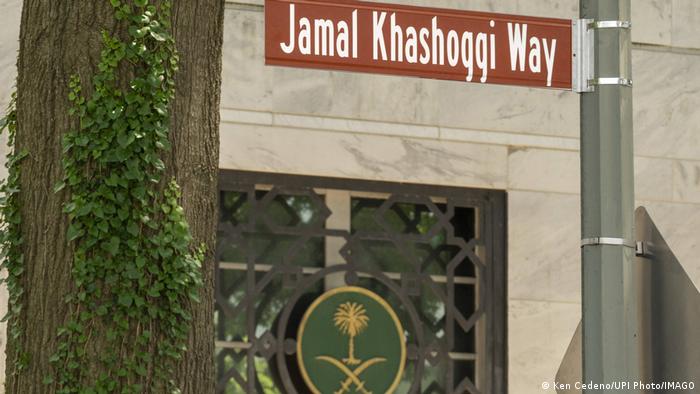 When he took office in January 2021, the long-standing relations between the US and the kingdom experienced a harsh setback. The situation was further exacerbated by the release of a classified report in 2021 which indicated that MBS had approved the operation that led to Khashoggi’s murder.

Consequentially, Biden has been declining to speak directly with the crown prince as president.

This, however, is due to change on July 15 when Biden arrives Riyadh for a two-day visit.

Despite Biden’s political shift toward Saudi Arabia, one can still feel the hesitance in his matter-of-fact wording to describe the trip.

On Friday, Biden said he was not traveling to Saudi Arabia explicitly to meet the crown prince, but was seeing him as part of a broader “international meeting” expected to include leaders from Gulf Arab states, Jordan, Egypt and Iraq.

“Saudi Arabia is one of the few countries in the world that has the extra capacity to deal with the energy crisis that stems from the war in Ukraine,” Mithat Rende, the former Turkish ambassador to Qatar, told DW. “Even if you do not like the attitude of a country in terms of real politics, you have to work with it.”

Much at stake for Saudi Arabia

While it’s rather unlikely that Biden and Mohammed bin Salman will embrace each other as heartily as Erdogan and the crown prince did during the Turkish president’s visit in late April, it’s safe to say there is enough to talk about. And despite the thriving oil business due to the global oil shortage, there is much at stake for Saudi Arabia as well.

The war in Yemen — in which Saudi Arabia and the US have supported the fight against the Iran-backed Houthi militia — is not yet off the table but only currently on hold, thanks to US-Saudi diplomacy.

The US and Saudi Arabia are also highly interested in continuing the Joint Comprehensive Plan of Action, known simply as the Iran nuclear deal, by strengthening the alliance between the US, Saudi Arabia, Israel and other Gulf countries to offset Iran’s regional and nuclear power.

Furthermore, a meeting at the invitation of the crown prince’s father, King Salman, between Biden and the Gulf Cooperation Council as well as Egypt, Jordan and Iraq could lead to new regional initiatives, or, as a White House official said on June 13, to “new and promising ways” of cooperating.

For the crown prince, however, this summer’s meetings might lead to a new stage of his political career.

“MBS will continue to try to show strength as a regional leader,” said Sons of the CARPO think tank. He is convinced the Saudi crown prince wants to be perceived as the undisputed leader in the Arab world, as well as on the international stage. 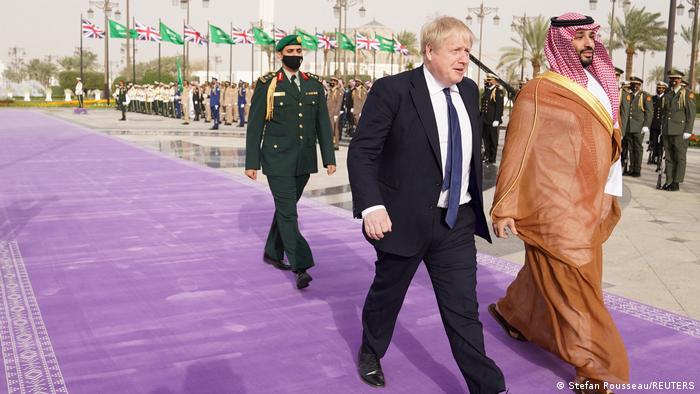 In turn, it doesn’t surprise him that Mohammed bin Salman sees himself as a winner for now. “Biden comes to him, Macron was there, Boris Johnson was there. So, all the people who had massive problems with the Khashoggi case have petitioned him back into the international community,” said Sons. “This is a massive success for him, and he will also exploit it for domestic political and propaganda purposes.”

Meanwhile, the crown prince has sent a signal of his own to highlight that he, too, has understood how to engage in diplomatic behavior. Earlier this month, the Saudi-led OPEC+ cartel promised to increase oil production in July and August.

As the world grapples with oil shortages linked to the war in Ukraine, Biden was quick to officially welcome the gesture.

The European Super League was an ill-fated idea that emerged back in 2021.It would have seen the...
Asian

LAS VEGAS — Nevada Democrats have held up their state as a national testing ground for how...
LNLatiif NewsKnow your world