Cara Lawson’s Indeed Rising Voices short “Crooked Trees Gon Give Me Wings” is set in Savannah, Georgia, in the 1880s. The time is 15 years after the Thirteenth Amendment was adopted, abolishing slavery in the United States, but it’s a story that remains uncannily topical more than a century later.

The film is seen through the eyes of Bertie Bee Hooks, an optimistic 9-year-old African American girl who converses with spirits in the lush, moss-covered forest surrounding her home. She shares a modest cabin with her grandmother, an experienced midwife and medicine woman who delivers babies and deals with horrors inflicted on her community by outsiders under the guise of healthcare.

“I had seen some articles about midwives, specifically in the African American community, and it just struck me that I knew nothing about their history,” recalls Lawson, who spent months doing a deep dive into information about the involuntary gynecology practiced on Black women during the 19th century and the vital assistance given by Black midwives.

“As I was doing research, I began to realize that the fears Black women had during slavery and post-slavery around going to the doctor and experiencing childbirth still exist today,” Lawson notes. “Women like myself and women that I talked to who are Black and brown are scared to go to the doctor and scared to have children, so I found it to be an interesting and frightening parallel.”

While the issues Lawson explores remain present and relevant today, she was keen on making “Crooked Trees Gon Give Me Wings” a period piece.

“Sometimes telling a story through a different time period can help audiences examine it a little bit more closely,” she reasons.

Lawson draws viewers in with her use of magical realism to illustrate the history and practices of animism — a belief system built around the idea that all animals, plants, places and inanimate objects have a soul — in African culture. 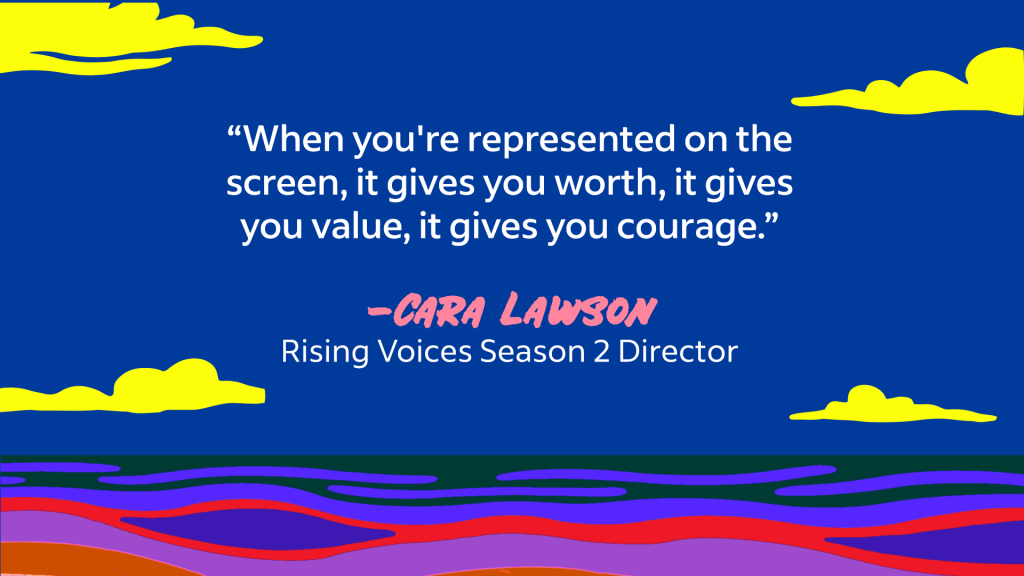 “It gives the audience this beautiful perspective that isn’t usually shown alongside the trauma,” says Lawson. “I thought that it was important to show both aspects.”

Lawson’s interest in 19th-century medical practices is relatively new, but her obsession with fantasy and folktales has been a constant since she was growing up on the South Side of Chicago, immersing herself in everything from “Rumpelstiltskin” to “Harry Potter” and “Lord of the Rings.”

After completing an early version of the script for “Crooked Trees Gon Give Me Wings” in fall 2021, Lawson decided to apply for Indeed’s Rising Voices initiative.

“When I read about the program I was like, ‘Oh my goodness, this is amazing,’” recalls Lawson. “It seemed super-supportive, and they offered amazing resources and mentorships. I thought I had to give it a shot and apply, because what if I had the actual resources and budget that would allow me to pull off making this very challenging film? It would be incredible.”

In the lead-up to the film’s three-day shoot in Georgia in early 2022, Lawson condensed her 23-page script to 10 pages and received creative and emotional counsel from the mentor provided by Rising Voices, Melina Matsoukas, director of the 2019 romantic crime drama “Queen & Slim.”

“It was amazing to have someone who understood what I was going for in terms of tone,” Lawson says. “Also, on a visual and spiritual level throughout the entire process from development all the way through post, Melina was so supportive and super-practical.”

Producers Constanza and Doménica of 271 Films also mentored Lawson, taking care to ensure that the message she was trying to convey didn’t get overwhelmed by the poetry of her filmmaking.

“We only had 10 pages to work with to tell this grand story, so we worked really closely with Cara to provide feedback that kept her piece balancing clarity while maintaining its mystical feel.” says Doménica Castro. 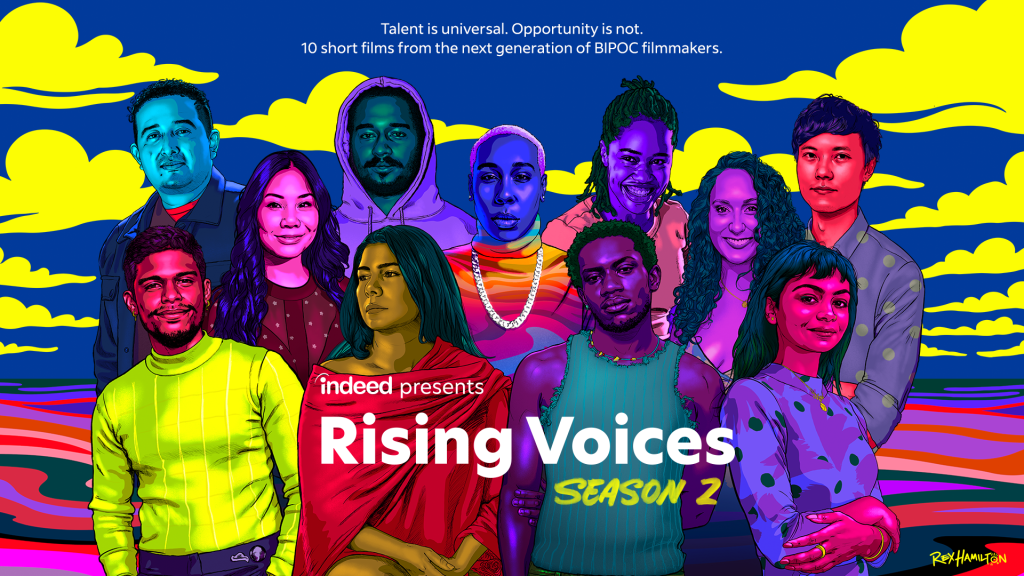 On Wednesday against the Houston Astros, Kyle Schwarber closed out a successful first season with the Philadelphia...
America

Every year at this time ― Hispanic Heritage Month ― we collectively celebrate the economic, cultural, and...
LNLatiif NewsKnow your world