City of Detroit historian and African World Festival presenter Jamon Jordan said that some will be “shocked” by the new festival entrance fee. | Ken Coleman photo

Jamon Jordan, City of Detroit historian and a festival presenter, said that the entrance fee is significant at a time when Americans are facing rising costs for automobile fuel and food.

“People who have been conditioned for the last few years of going to the Charles H. Wright Museum are going to be shocked that there is a ticket price,” said Jordan.

Organized by the Charles H. Wright Museum of African American History, the festival is Detroit’s largest celebration of the African diaspora.

During one of the city’s signature outdoor summer events, Jordan will lead two hour-long walking tours that include the history of the Underground Railroad and the 1963 Detroit “Walk to Freedom” march and rally that featured the Rev. Martin Luther King Jr.

Single-day tickets range from $15 for adults (ages 13 and above); $10 for Youth (ages 4 – 12); and admission is free for children ages 3 and under. Charles H. Wright Museum members will be admitted to the festival for free. It is not the only festival at the site that has an entry fee. The annual Movement techno music festival has charged attendees for entry for several years. However, several outdoor festivals at the popular gathering space, including the annual Detroit Jazz Festival, are entry free.

The annual Wright museum membership fee for individuals is $35; $65 for families (up to two adults and four children); $25 for college students; and $15 for seniors.

Traditionally, the city of Detroit has helped to fund operations at the museum. Neil Barclay, president and CEO of Charles H. Wright Museum of African American History, said during a news conference on Wednesday that vendors and performers requested the venue change. Barclay encouraged people to become museum members and attend the festival.

“It will be much cheaper for you if you become a member,” said Barclay.

The festival had been held at the Charles H. Wright Museum of African American History in the city’s Midtown area for the last nine years. It moved to the museum grounds from Hart Plaza, in part, due to needed capital improvements at Hart Plaza and financial challenges that the city of Detroit and museum faced. Entrance to the festival has been free for years. The Ford Foundation is the festival’s lead funder.

“They were really excited about that move,” said Barclay. 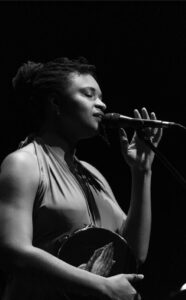 However, attending downtown events is more expensive than it was a decade ago. Parking fees, in many cases, have tripled during event days and evenings. Some city-owned lots charge between $10 to 15 to park; private-owned lots in downtown Detroit charge as much at $40 or $50 on major events days or nights. City of Detroit parking tickets have risen from $10 to $20 to $45 in recent years.

More than 150 art, book and food vendors will offer their merchandise during the festival. Barclay said he expects to attract more than 50,000 people over the weekend.

“The AWF is a cultural institution in Detroit and I’ve never missed one,” said Marsha Philpot, a Detroit cultural leader. “With the changes this year, accessibility will be challenging for many, including me. I hope I can make it this time.”

GET THE MORNING HEADLINES DELIVERED TO YOUR INBOX

On Wednesday against the Houston Astros, Kyle Schwarber closed out a successful first season with the Philadelphia...
America